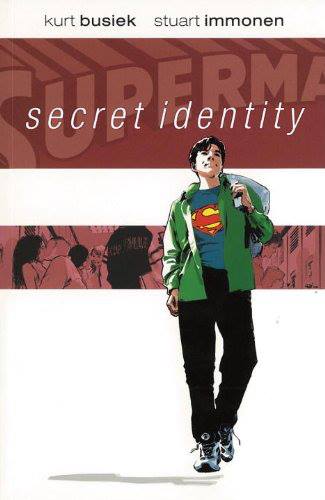 In a world where Superman is fiction, the young Kent couple from Kansas thought it amusing to name their son Clark.  Showered with Superman gag gifts his entire life Clark Kent was harassed by family and school children alike.

This starts the world Busiek has created, a reality like our own where Superman is a comic character and Clark Kent a household name. But what if the idealized fiction became reality?  Clark finds himself developing the powers of his namesake. Confused and alone he tries to make sense of how his life is starting to mimic that of the first American superhero, Superman.  The story encapsulates Clark’s life from adolescence onto adulthood and further as a real life Superman is based in reality.

Immonen’s art is oddly realistic and unlike any work I have seen of him previously (Ultimate Spider-Man and The New Avengers).  If there are any inks in this book they are minimized to let the pencils show through.  Immonen’s style is a wonderful reflection of Busiek’s realistic world where he sets the stage for the book.

Honestly, I was very surprised by how refreshing this story of Superman was.